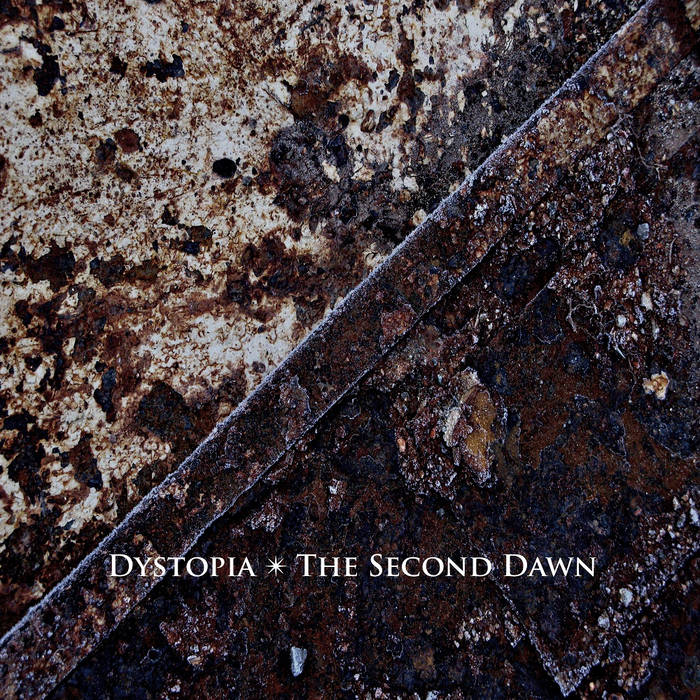 The Second Dawn is a thought-provoking and atmospheric sonic work which critically reflects the status of science and technology in modern society. The special theme on this particular album is the use of nuclear power and the risks involved therein.

In the music of Dystopia the clockwork-like sequences meet chance, intuition and improvisation. Some of the tracks are a fruition of years of careful construction. For instance, the first versions of Core Melt and Technocracy date back to the beginning of the 1990s. On the other hand, tracks such as Into the Deep and The Second Dawn have been developed rather quickly, as their main focus has been to capture momentary atmospheres by free-form use of instruments and sounds.

"The Second Dawn" takes the end of the world seriously, including a political term paper of sorts as liner notes. It is a thoughtful, surprisingly lengthy essay about the dangers of modern technology mixing with politics. The music, though dark, is not your typical dark ambient. Unlike the minimal noises and rough edges that permeate a lot of gothic music, this is a deliberately produced, sleek, thematic work.
Though the picture painted is bleak, it is done with a deft, artistic hand. Swirling, crisp synthesizer pads meld with sound bites of realistic-sounding news clips of nuclear disaster. "Breaking News" is a 30-second attempt to bring the same kind of reality to "The Second Dawn" that Orson Welles did when he terrorized America over a simple piece of sci-fi radio fiction. The chilling, dramatic effect works throughout, though it is far from subtle. Clearly, the two Scandanavians who make up Dystopia want you to think about this, and then think about it some more. The dark drones mixed with cool sounds and effects remind me to some extent of the excellent "Desideraturn" CD by Synaesthesia, one of my all-time favorites. Though I would not put this CD in quite the same stellar territory, it is a largely effective attempt to musically depict a nuclear apocalypse. If you like your electronic music smooth yet dark, with a touch of science fiction, you should enjoy "The Second Dawn". - Phil Derby / Wind and Wire (1999)

Dystopia is a collaboration of two musicians from Turku, Finland: Ismo Virta (guitars, synthesizers and effects) and Pertti Grönholm (synthesizers, samplers and effects). The style of Dystopia is closest to the genres such as industrial ambient, dark wave and ambient drone.

In the music of Dystopia clockwork-like sequences meet chance, intuition and improvisation. ... more

Bandcamp Daily  your guide to the world of Bandcamp

Cannibal Corpse's George "Corpsegrinder" Fisher stops by for an interview